One of the hardest parts about driving change in large systems is summoning the courage to “show up” and be seen. This might mean raising your voice in a meeting, publishing an opinion piece, releasing a creative work, planning an event, or proposing a new project.

When you start working in a large organization, you are a cog in a machine. Your first priority is to learn your job. The organization hired you for a purpose, and your top responsibility is to deliver on that purpose with excellence. Everything in your intrapreneurial career rests on that foundation.

This foundational training and performance phase might last years. As you grow up in your organization, you begin to form educated opinions about a variety of topics. Some will be at your pay grade, such as details of how to perform your job. Others will be well above, such as how the organization should recruit, hire and fire; how to allocate and spend budgets; what is right and wrong about your organization’s priorities; and how to improve organizational processes. At some point, you feel strongly enough to raise your voice.

Here is where your challenge as an intrapreneur really begins. You must decide if, when, and how to step outside your defined role to pursue change. That means showing up–stepping into an arena where you are not necessarily expected.

When I entered the U.S. Air Force, I had one job: be the best student pilot that I could. Nobody was interested in my thoughts on foreign policy, DoD talent management, or software development; in fact, I didn’t know enough to have informed opinions. Later, I spent years learning to be the best C-17A copilot I could–then an Aircraft Commander. Simultaneously, I took on increasing office responsibilities in my squadron.

This early stage of my career lasted about six years. By the end of that period, I had proven my competence as a pilot and an Air Force officer. I knew how to perform my job and had begun training, leading, and mentoring others. My aperture widened; I began studying International Relations, paid close attention to the wars underway in Afghanistan and Iraq, and formed my own opinions about what was right and what was wrong with the Air Force and our country’s foreign policy. Many of these opinions touched on issues way above my rank and responsibilities.

In 2008 I was accepted into the Olmsted Scholar program. I learned Arabic, earned a master’s degree at the University of Jordan, studied the Arab-Israeli conflict from both sides, studied in an Islamic school, and watched the Arab Spring unfold first-hand, went to meetings with pro-democracy activists, and watched the Syrian civil war beginning across the border.

By the time I returned from Jordan, my world had enlarged considerably. I wanted to write a book about the experience. Friends and family urged me to, but I was ultimately afraid to show up. I was still just a low-ranking Captain in the Air Force. Jordan quickly faded like a dream, as my formal responsibilities returned to flying and managing flying operations. Who was I to weigh in on lofty issues of national policy? I didn’t feel qualified to write a book.

In retrospect, I was eminently qualified to write a book–and that was the right moment to do it. Unfortunately, my impostor syndrome held me back.

As years went back, this pattern continued. I have been privileged to have some amazing opportunities in the Air Force, which has given me an uncommon breadth of personal experience. I love to write and have much to share.

However, I have consistently held back. I lacked the confidence to try publishing my academic work. When I previously maintained a blog, I never advertised it; I was trapped in a nonsensical tension of wanting my work to be read while fearing what would happen if it was. I showed up in other ways–particularly founding and running my two startups–but I avoided marketing or publicity, which ultimately hurt both efforts.

Even as I held back from showing up–never feeling quite ready–I watched peers and even juniors speed past me. Individuals with considerably less experience were writing and publishing about topics I still did not feel qualified to write about.

Starting this blog was intimidating for me, but I have reached a now-or-never period of my life.

I needed to finally trust that sharing my own journey might help others on theirs.

Why we fear showing up

We fear showing up to lead change for a number of reasons.

Why we must show up anyway

Despite these concerns, showing up is critical. It is the only way that anything ever changes.

Nobody ever presents you with a badge that says, “you are qualified to lead change.” Rare is the organization that gives you the job title of Innovator and hands you all the tools you need (and if it does, it is probably very messy). Change in government organizations, companies, and society is typically driven by passionate individuals who step well beyond their expected role to envision and implement new ways forward.

Here are some insights that have helped me in my effort to show up:

Photo by Kane Reinholdtsen on Unsplash 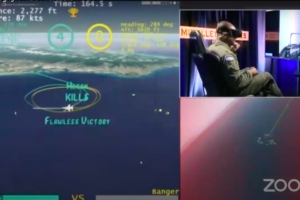 Brief reflections on an AI defeating an Air Force fighter pilot, and a link to a relevant short story I wrote. 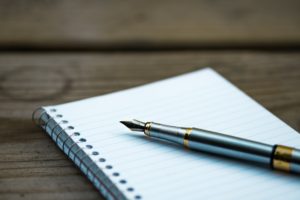 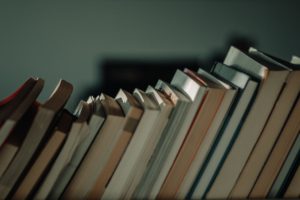 The Startup Community Way, Beyond the Summit, Endymion, The View from the Cheap Seats, Power to the People, Solaris