The Pursuit of Connection

Classical economic theory rests on a simple premise: individuals and firms are utility maximizers, which means they “seek to get the highest satisfaction from their economic decisions.” Expected utility theory lets economists model decisionmaking processes with math; they can predict purchasing behavior, assess how proposed tax rates will affect voting behavior, anticipate the success or failure of negotiations, or predict when disaffected populations will rise against their governments.

This framework has problems, but it is also a powerful way to study the world. However, it raises a key question: what goes into the utility function? In other words, what measure of “satisfaction” do human beings actually maximize? Many economists treat utility and wealth as interchangeable, which has a subtle cascading effect. From these microfoundations we construct an entire economic world in which all human activity aims at wealth accumulation.

This abstract view of wealth-maximizing individuals often rings true. There is nothing inherently wrong with the ethical pursuit of wealth, and economic self-interest has played a huge role in innovation, economic growth, and rising standards of living throughout history. However, these forms of progress have come at great cost. Individuals in liberal-democratic societies are profoundly alienated from themselves, each other, nature, and meaning. The consequences are evident in our soaring levels of anxiety, depression, loneliness, substance abuse, and suicide.

As I seek to live a good life, I often wonder what it would look to maximize a different kind of utility.

One of the most powerful books I’ve read in the last few years—Johann Hari’s Lost Connections—posits that the real locus of depression is found not primarily in brain chemistry but in our profound sense of disconnection. He identifies seven forms of disconnection prevalent in our world:

Healing ourselves and our societies will, in turn, require intentionally reconnecting across all these areas.

This book had a profound impact on my thinking. I continually encounter the same theme in my other reading. In Fragile Power, Paul Hokemeyer writes:

At the core of human pain is isolation from others and ourselves. We find relief from this pain in reparative human connections where we are seen and heard as vulnerable human beings.

It may say something about human nature that a surprising number of Americans—mostly men—wound up joining Indian society rather than staying in their own. They emulated Indians, married them, were adopted by them, and on some occasions even fought alongside them. And the opposite almost never happened: Indians almost never ran away to white society.

This phenomenon bewildered U.S. thought leaders at the time. French émigré Hector de Crèvecoeur wrote of Native Americans, “There must be in their social bonding something singularly captivating and far superior to anything to be boasted among us.”

The point is not to romanticize Native American culture or denigrate liberal-democracy, but to illustrate that human-beings evolved over tens of thousands of years to live in tight-knit communities, embedded in nature, in which rich human relationships and interdependency were constant. Our atomized existence today is deeply alien to human nature. Consider a hundred people living alone and lonely in their finely-partitioned apartment building, a frazzled mother alone at home with her toddlers most of the week, or a tired worker who commutes to and from an office where he sits in front of a computer for sixty hours a week. These alienating situations are a far cry from the rich relational life that our genes still remember.

The currency of connection

Going back to expected utility theory, there is no reason why wealth necessarily needs to be the primary measure of utility. We all maximize utility, according to the theory, but utility is whatever brings us satisfaction.

I often wonder what it would look like if “connection” was my primary measure of utility. In other words, what if I made decisions based on what would maximize my sense of connection?

Below are just a few thoughts.

The pursuit of financial security and success will always be a deep part of human life, but if the psychologists are right that connection is a key metric for a well-lived life, then it’s worth considering how we might maximize connection in our own lives.

Photo by Marcus Woodbridge on Unsplash 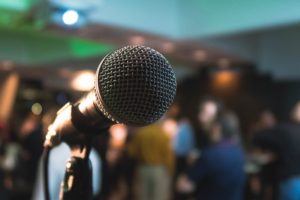 Nobody ever hands you a badge and tells you that you are qualified to lead change. You must choose to show up. 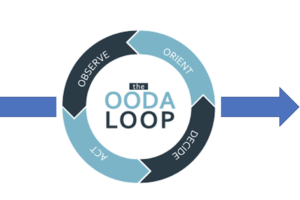 Large organizations need a pipeline to achieve repeatable, sustainable innovation. Here are seven models I have seen in government. 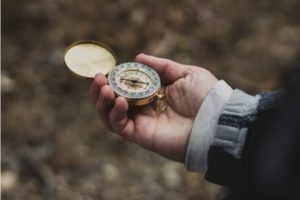 When You Lose Your “Why”

Simon Sinek advises his readers to "start with Why"—the question from which all other questions and answers flow. Yet we all have times when we lose sight of our Why.