Changing large systems is so hard that it often feels impossible. Many people wear out and eventually hang up their spurs. This can be an honorable choice; you do your service, and then you move on. Others, unfortunately, become hardened and embittered by their experiences. However, there is a rare group of individuals who achieve a kind of serenity in their endless fight to create change.

I am embarrassed to say that I knew little about John Lewis prior to his death on July 17th, but he is one of these extraordinary souls who falls into the latter camp. The nonviolent activist came from humble origins, born into a sharecropping family in small-town Alabama. He found his calling under Martin Luther King Jr.’s mentorship, was among the 13 original Freedom Riders, was a founder and leader of the Student Nonviolent Coordinating Committee, helped organize the March on Washington in 1963 (where MLK Jr. gave his “I have a dream” speech), and led the Bloody Sunday march across the Edmund Pettus Bridge betwen Selma and Montgomery–which was the key to passing the Voting Rights Act of 1965. He was arrested, beaten, and injured more than 40 times (most recently in 2013, while a serving Congressman). His body carried scars, and there were times when he expected to die. Later, among many other accomplishments, he served for 17 years in the U.S. House of Representatives.

Despite a lifetime of facing injustice and oppression, he maintained a sense of dignity, serenity, and magnanimity until his death. One of his final acts was to pen a hopeful op-ed that the New York Times published yesterday, titled Together, You Can Redeem the Soul of Our Nation.

On Sunday a military honor guard carried the late John Lewis across the Edmund Pettus bridge, where he and his fellow protestors were beaten by police 55 years ago (and which, incidentally, is named after a Confederate general and leader of the Ku Klux Klan; you can sign a petition to rename it after John Lewis here). From there he was carried with honors to the state capitol in Montgomery.

Thanks to my recent move to Montgomery, my family and I were able to join this historic day. We joined the viewing line in the afternoon, and then returned in the evening for a vigil. The speakers included Steven Reed (Montgomery’s current, and first African-American, mayor), Bernice King (Martin Luther King Jr.’s youngest daughter, minister, activist, and CEO of the King Center), Fred Gray (a civil rights attorney who, among other things, defended Rosa Parks), and rising voices of the younger generation.

It was a beautiful and powerful event. As a white attendee at an event hosted and mostly attended by African-Americans who have been living out this struggle for decades, I felt like a witness to their shared story. It is a powerful story–emotional, triumphant, patient, and hopeful. I felt humbled by their strength and commitment. I have much to learn from them.

Many of us are experiencing the United States in 2020 as an unprecedented disaster; a country that once worked has now broken. African-Americans have generally lived a very different experience; this country never worked. From its beginning, the United States was only a partial incarnation of its ideals of freedom and democracy. The grievous wound of slavery defined the American experience, and the efforts to heal that wound continue to this day.

Many Americans, myself included, often feel despondent about the state of our democracy. We struggle to find hope in the dark.

My most striking impression of the John Lewis vigil was the complete absence of this despair; every speaker carried a message of optimism, patience, and courage. None of this is new for them. They have quite literally been fighting for the redemption of broken institutions since their childhoods. Their culture, religion, and music evolved to carry a message of hope that would sustain multiple generations through a campaign of change that often felt hopeless. Multiple speakers at the vigil broke out in hymns. Sitting there, reflecting on both their long march through the past and the ongoing battles of 2020, I heard those hymns in an entirely new light.

The event planners also went out of their way to feature bright young voices. This was not merely a memorial service; it was the passing of a torch that had touched many hands before John Lewis.

As both an entrepreneur and a political scientist, I am endlessly fascinated by how human beings successfully challenge entrenched systems.

Sometimes, the best way to create change is by working through existing processes. Politics exist for the express purpose of allocating “who gets what, when, and how”–to use my favorite definition, from Harold Lasswell. Any political system, whether in a country or a company, has processes for reconciling differences and allocating power and resources.

John Lewis believed in working through processes. He repeatedly emphasized the importance of voting, and the backdrop for his Montgomery vigil was a massive, colorfully adorned VOTE sign. Nearly every speaker emphasized the need to vote, and Bernice King’s call to action–echoed in former President Obama’s eulogy–was for a new voting rights act.

However, in dysfunctional countries or organizations, political processes are often not enough. They can be inadequate, blocked, or rigged. They often serve the status quo and reigning powers, so mounting successful challenges can be difficult.

In these cases, operating outside the lines might be necessary. A wide spectrum of options exist, ranging from peaceful demonstrations to civil war, each of which could consume a lifetime of study.

John Lewis deeply believed in nonviolence, but he also believed that coloring outside the lines was necessary to drive change. As his 40+ arrests attest, this was not always looked kindly on by those in power.

Lewis advised Americans to get in “good trouble, necessary trouble.” For him this was never about destruction or vengeance, but about living out hope for a better future. As he put it in one 2018 tweet:

Do not get lost in a sea of despair. Be hopeful, be optimistic. Our struggle is not the struggle of a day, a week, a month, or a year, it is the struggle of a lifetime. Never, ever be afraid to make some noise and get in good trouble, necessary trouble.

John Lewis showed that a propensity for getting in “good trouble” can coexist with strong character, hope, and charity–qualities our country desperately needs right now. Although I have only recently begun learning about his life, I am looking forward to reading his books and learning from his rich experience. 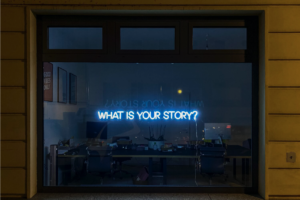 Why You Should Tell Your Hardest Story

Do the work. Enter the innermost cave. Discover your story, and when you do, take courage and tell your story to others. 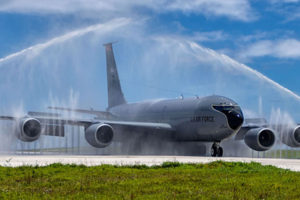 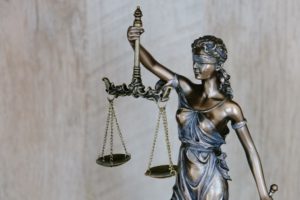 Meaningful work and meaningful relationships are not in stark opposition. Both are pillars of a well-lived life.